The Week in the Life at Talitha Cumi 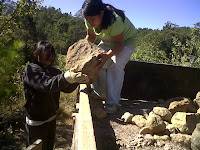 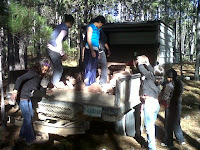 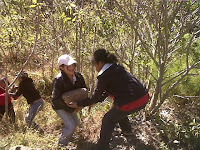 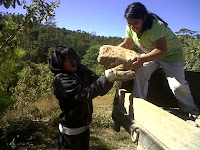 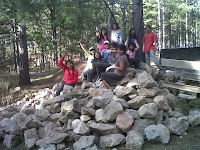 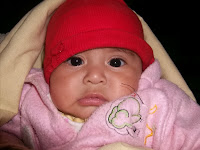 We are planning our team in February right now. 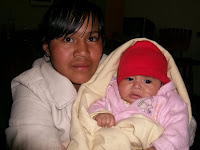 Since our workers wanted to leave after the first of the year, the girls and I are here with 2 ladies and a watchman. I hired two young mountain boys and and older gentlemen to help us get some rocks we need for the adobe duplex we are building for the interns that are coming to help us work here at Talitha Cumi. We needed eight loads of rock. I don't mean little rocks, we are talking small boulder size rocks. The men we hired literally dug the rocks out of the side of the ravine at out farm. The girls did a bucket brigade line and loaded the rocks from the steep incline to the flat bed Isuzu truck that I have just discovered I can legally drive. I am heady with power. :) We made eight loads in two days, which is amazing! We got a bunch of bizarre stares as the road crew were taking measurements for the 100th time, and they looked up to see a woman driving a flatbed loaded with a bunch of girls. Then they notice on the return trip that was 20 minutes later, that we had a huge load of rocks.
During all this I have 5 of my girls who had lice. One of the jobs of the house moms is to keep a check on this every day. One of the house moms said she was checking, but she was not, but I didn't find out until too late. At night I was combing through the thickest hair in the world with the tiniest of combs. When you deal with lice you learn a lot. Lice always move up and hide in areas you can't see. One lice is a louse. If you have a lousey attitude, well it is not good. A louse egg is called a nit. A nit-wit is someone with a wit as small as a nit. Just a bit of lousey trivia.
Well then yesterday, I woke up early and realized that if I didn't carry Mariela to the orthopedic doctor, I wouldn't have anybody here to watch the girls while I went to the doctor. Anastacia and Ezequela have been spending the holidays with us. Ezequela announced she was leaving so I got ready to go. The older girls go to class in La Esperanza on Thursdays. So instead of taking the bus, they went with me in the white Nissan. I had gotten up early and the girls got Mariela ready to go. I had several question and answer sessions from the girls before I left. I had to get a container to get diesel to put in the flatbed truck and then I needed to get some boots that needed fixed and I needed to get to the internet store to download a video. I had to go back to the house to get keys. When I got back I noticed Anastacia in the car too. I thought she was going to be with the girls, so I had to make a whole new plan. I finally got everything ready and was ready to go.
We finally got out the gate and headed to town. It would be close but we would make it. We got stuck behind a cattle drive. These cows needed to be driven somewhere like a cemetery. They looked so bad. It is dry season now and there isn't a lot of grass for them to graze on. Unfortunately for us and unfortunately for the cows they were running and we were really running late.
I dropped Lina off with Mariela because the doctor doesn't come into work unless they call him. I dropped the girls off at their school with bus fare to get back home. I went back to the doctor's office and we waited for an hour watching a very cheesy Latin soap opera. Lina went to help me with Mariela and so we decided to watch Mariela, who was entertaining us also with her new antics and just grinning at each one of her new accomplishments, saying "Look".
The doctor met with us and told us that she has definitely improved but not as much as he had hoped. He said that there is a Orthopedic Pediatrician in Tegucigalpa, the capital of Honduras. He told us that he will want to do surgery, "but don't do it." "He likes to do surgeries". With that kind of recommendation, I decided not to go to him at all. God remind me that there is a medical team that usually comes to La Esperanza led by Seth and Linda Berl from Moultrie, GA in March, and they typically have an orthopedic doctor coming with them, so I called them to get Mariela's name on the list. Linda said she would write me on email to let me know when to come. So that was done for now. Mariela is still doing her physical therapy with our girls. They take turns with her every morning, noon, and night.

Posted by Honduran Home at 9:50 PM