Pray for Our Three Missing Girls 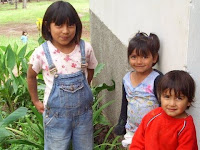 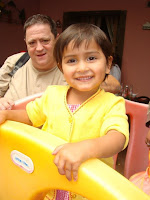 Posted by Honduran Home at 10:38 AM No comments: 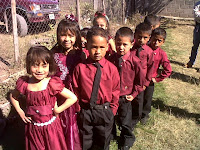 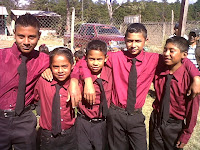 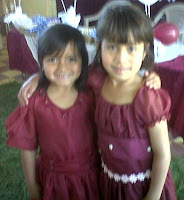 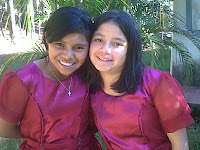 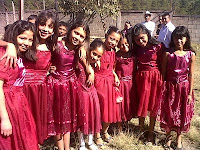 Graduation Time!!
Well I had a great time in the United States with all of my family. We had a Thanksgiving Day together and a Thanksgiving/Christmas the following Saturday. I got so much accomplished and got to spend a lot of quality time with my Mom and Dad too. I want to say a special thanks to our other missisonaries, Joe Reynolds, Haley Harris, Ben Heath, and Clayton and Morgan Kendricks. If it hadn't been for them coming and caring for the girls, I wouldn't have been able to go home at all. The girls were in great hands.
I left Tuesday and I got home to Honduras on Friday. Graduation Day for my 4 of our girls, was on Saturday at nine o'clock in the morning. Two girls Ana, and Roxanna graduated from 6th grade and Milady and Frances graduated from Kindergarten. I had been to other graduations, but I forgot that as the MOM I was supposed to give each of the Padrines a cake and a liter of coke as well as a flower to pin on their labels designating them as Padrines. Haley contends that I was supposed to give each Padrino a chicken, but I had not heard that custom before. 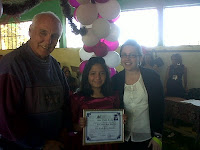 Each of the girls picked a Padrina and Madrina which is like a godparent/friend. The Padrines buy a gift for the girl and walk them down the aisle to receive their diploma. They have to sign a legal document as witnesses to the graduation. The government of Honduras guarantee 6 grades of education, but after that the girls need to have funds for a private school education. So when a child graduates from the 6th grade it is equal to a high school graduation in the States. 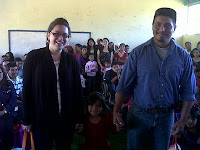 The girls were so excited about their new dresses and nervous about the program that they had to perform for the community. When the last of the diplomas were given out, the Father of the community went outside and lit rockets to announce to everyone that the graduation was completed. I am including a video of Frances dancing a jig right before the ceremony. I was just taking candid shots and the music started and I was flabbergasted at her spontaneous little dance. It looks like she is trying out to be a flaminco dancer. I also have shots of them saluting the flag and of their Padrinos.

We have three groups coming this December to help us celebrate Christmas with the Children of PTC and with our community. Pray that all transport and events that are planned will go through without a hitch. Thanks for your continued prayers and support of our ministery. Blessings, the Jet Lagged Honduran MOM 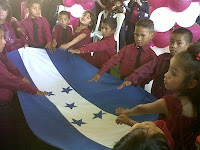 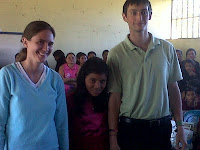 Posted by Honduran Home at 7:31 PM No comments: