It Is All About Thanksgiving 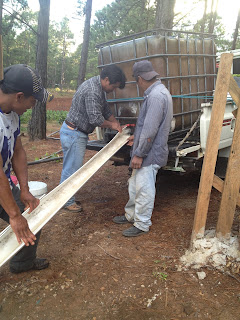 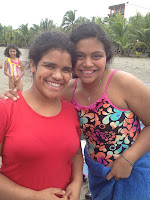 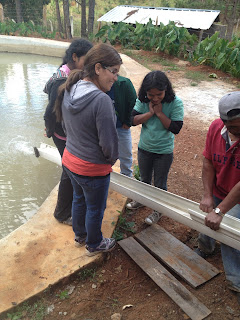 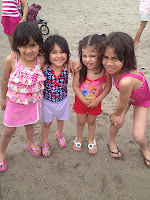 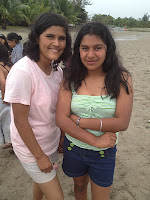 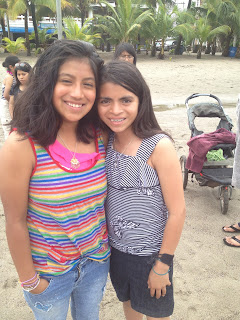 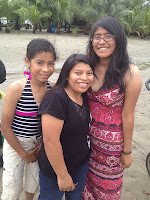 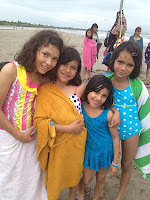 When I got home there was so much stuff going on.  I hadn't been home for several weeks and there was a lot that I needed to attend to.  But the main thing was to attend to the girls.

Thanksgiving is the girls most favorite time of the year.  The girls made construction paper turkey's out of hand prints, and wrote Thank you notes to sponsors.  The kitchen was decorated with orange and red plastic table cloths and it looked absolutely  wonderful.  Anna Smith, Lauren Edwards and Linda Botkins were in charge of the decorating details.  We invited the workers and some of them brought families with them.  We invited a great group of folks.  The only problem was we gave them the wrong Thursday!  So we had to re-invite for a week earlier, which was less than a week's notice.  We had several people call and apologize why they couldn't come.  The girl's heart were set and so we didn't change our schedules. We found two turkeys in the market.  They were small and our group was supposed to be very large.

One of our goats that we are raising was asked to make the ultimate sacrifice.  We moved the younger girls to the mission house to watch a Christmas movie so they wouldn't be traumatized.  I personally don't handle the slaughter side of our meat supply.  I don't like to hear the gun go off and some of our girls, older and younger, feel the same way.  I usually turn that over to the guys, who happen to be on the farm. This year it was Jerimiah Botkin and sons.  I don't mind dealing with the meat after the deed has been done.  But because I was cooking the day before on Wednesday, our older girls stepped forward and got the job handled, and the goat was ready to cook.

Linda Botkin was in charge of baking pies. She made lemon, pumpkin and pecans (I had them hidden in the ice maker that is not hooked up).   We had mustard greens growing from seeds donated from a seed store in Doerun, GA, and zucchini casserole, cornbread dressing,(not to be confused with Yankee stuffing that goes inside of a turkey, eckh!)  mashed potatoes, gravy and Angela made the yeast rolls. We had heavenly hash, and lots of real South GA sweet tea.

Even with the wrong dates we still had tons of folks, but you have to realize when the staff, workers and children get together, we are about 70 people, We had some court officials, some of our girls who have graduated from our farm, but come back for the holidays, and local people we just asked at the last minute.  I never really know how many will show up.

Who needed a football game to watch after the feast, when we could play kickball ourselves? It was a great game.  We all had such a huge day. But it was not over.  After our guest and fellow athlete's left, we got everything ready to go to the mission house to continue the festivities.

At lunch we eat Heavenly Hash.  The supper is comprised of pies and more pies.  While we are preparing to eat pies, the kids decorate the Christmas tree.  We give each child about 4 ornaments to place on the tree after Kansas and Angie Serritt got the lights up and working.  It doesn't take long when you have 33 girls with 4 ornaments.  It reminded me of the cartoon, "Charlie Brown's Christmas, when they decorated the ugly tree.  They stand around and furiously place their ornaments in a few minutes, voila' a perfectly finished tree.

Now our tree is pretty ugly.  This artificial tree has been around for a lot of years.  It is the type that used to be color coded.  The branches have lost long lost their color coded stickers on the end of the metal hanger.  The trunk, or center of the tree that the metal hangers hook on to are missing some key items.  But we strategically hide those from view and use a ton of lights.  I think the tree is just held together by wrapping extension cords and strings of lights to keep the branches of the tree in place.  The effect is quite nice.

After the tree we eat our pies, and then prepare to play secret friend.  Secret friend is so much fun for the girls.  We each get a name to buy a gift for.  The girls have to raise money by doing odd jobs around the house.  The limit is about 50 limps or $2.50 .  The girls take the secret very seriously.  I don't know why we call it secret friend because with all these girls it is hard to keep anything a secret but they really ponder over what they want to buy for their secret pal.  We all had the best time.

We had a graduations to attend in November.  Rosey graduated High School, and we had 6 other girls to graduate from the 6th grade.  WE were so proud of all of them.

WE had several Birthdays in November along with everything else that was going on.  So we decided to go for the big one.  We went to the beach for the day.  We hired a bus, and left at 4:30 in the early morning and drove to the Caribbean.  Many of the girls had never seen the ocean at all.  When they got there first face full of water, they marveled at the saltiness of the water.  They kept asking "Why is this water salty".  We ate a a local restaurant and got back on the bus, and headed for the long way home.

Finally, we got the fish for our fish pond and we are thankful!!.  David Aguilar a local farming engineer, brought us some fish to put in our cement pond.  We were all so excited.  WE will see how fast they grow off.  We were told that it would take a while because growth for fish is slow in cold water.  In the hot areas of Honduras the fish grow at an amazing speed.

I have found it to be true in my walk with God too.  We all tend to grow spiritually when the heat is turned up.  We begin to look to the only one who can bring that perfect peace when are eyes are focused on Him and we trust in Him.

I want to thank everybody that helped this month turn out to be such a successful time for the girls.  I want to thank, the members of our staff, our workers, and our board in Honduras and the board in the States who have stood beside us all the way.  We see the lives of the girls changing so fast. Thanks to all of you who have been blessing us by praying for our girls and the ministry that God has established. I want to maintain a thankful heart.

I pray you all have a blessed holiday season. The Holiday-Happening Honduran Mom

PS  We have a new girl.  She is 6 and her name is Maite.  Please be praying for her to get established here and that it will be a smooth transition.

Posted by Honduran Home at 11:34 PM No comments: