Today, I have been thinking about how much God has blessed my life and the life of this girls in Project Talitha Cumi here in the mountains of Honduras.

WE have received a new Toyota van, from a lady I don't know and have never met.  Yet we have a brand new van that the girls and I are rejoicing over.  WE used to put girls in the back of the truck, but that was a little problematic in rainy season.  So we would go in the Patrol, and everybody had to sit on top of everybody else.  They were always good sports about it.  I would tell them what my Daddy used to tell his 8 children in a Studebaker (spelling)? which was the first of the SUV's years ago.  He would say  "It is going to be a little uncomfortable"  But yesterday with 17 passengers in our 15 passenger van, the girls said, "Wow, we can get a lot more people in here".  They have vision to enlarge the ministry.   I have great girls and I am thankful. 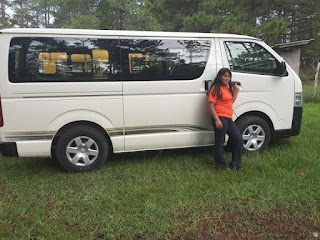 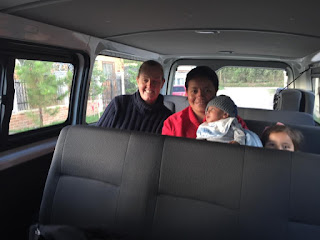 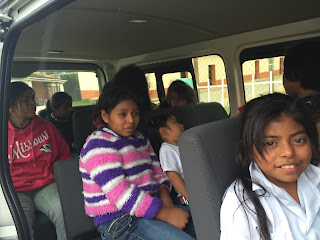 Next we have our boys home project called House of Nain starting up in January with a new couple, Suzanne and Wesly Jarrard.  WE needed a well, because the house was already built and there was no potable water available in the community of Las Harenas..  Mr. Chris Knippa from Texas, happened  to have a conversation with a Honduran man randomly at the airport, during one of his travels, who knew people who dug wells in Honduras.  I recently found out that Chris and his church have been sponsoring water well drilling projects all over the world.  Chris wrote to me, but I didn't know he was coming until about a week and a half before they came.  I thought their team was coming in August with another team from Texas from the same denomination. They were not listed to come on our schedule in June.   I have had teams every week for a while this year, and when I found out they were coming, I was amazed that their dates were right in the middle of  two other teams.  One was leaving the day the Texas team arrived and the other was arriving the day the Texas team left.  God worked everything  out.  We got the well and the water.  We also got to work with so many dedicated Christians who worked like slaves, in the rain, late at night, to get this water project going.  The rest of the group, who had a lot of wonderful activities for the girls, met with schools and passed out food and school supplies.  It was a huge blessing, and one that will continue to bless for a long time. 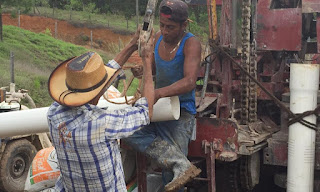 Our corn is up and our beans are planted.  The girls worked so hard helping to hoe our farm. If you don't get the grass out with all these rains, your crop is history.  One of the girls said that she thought she could not possibly do all that work, but later she said, "I did it!!". She was just beaming with the sense of accomplishment.   The girls are out on break for school, but we work on the farm in the mornings, before the rains and then we have school in the barn in the afternoon. As I was driving out one morning, I noticed what a super job the girls did on our corn and I drove down the lane to go to La Esperanza on errands and notice our neighbor lady's corn.  Her husband died recently.  I noticed her corn crop was going to be lost if she didn't so something soon.  Then I felt like the Lord said, So..hmmm.?  So I asked the girls that night if they felt up to helping the widow up the lane and explained to them about how God feels about widows.  They were all in.  They did it all in one day, which was amazing because her corn was wrapped up in grass.  They were sunburned and tired and full of muscle aches, but again, "they did it".  I was ready to quit and I only worked a little while in the afternoon.  I had been getting materials for the other farm together and hauling things back and forth in the truck before I could stop to help them.  The girls informed me politely that was not an option because the fertilizer was already down on the ground. So we continued to work.  Finally, after a burst of energy on the last row, we finished and prayed with the widow and prayed for rain. Last night while I was dispensing Motrin, BioFreeze, and rubbing Aloe Vera gel on the girl's sunburns, it started raining.  God again heard our prayers and as tired as we all were, when we heard it starting to rain, we all smiled.
We also have a project that waltzed onto our boy's farm at the House of Nain (HON) .  It is an irrigation system.  It is the Honduran government project  that is being funded by the Japan and Germany.  They are building a drip irrigation system next week on our farm.  The system includes a large cement tank, and all the pipes and hose needed to have the system in working order.  All we have to provide is the sand and gravel and one extra man to help the engineer build the tank.  God has things coming at us that we weren't even aware were on the way.
Our girls needed a new original birth certificate that are issued by the Honduran Government.  They needed the documents to matriculate them into school, and Mary needed one of the documents to leave the country to go back to school in St. Louis.  The problem was that the paper that they process the birth certificates with had run out.  There were no official papers for these documents in the whole country.   Then with the help of Jake Compaan and some connections, we have the birth certificates. Again another huge blessing and an answer to prayer.
We needed tickets to get Mary and myself to the States.  The internet wasn't working and the rains sometimes affected the internet when it was working.  Then the electricity would shut down right in the middle of me trying to get tickets. It was getting closer to the time we had to leave and the prices were going up.    I don't like shopping for tickets.  I am always nervous that I will make a mistake on the dates or short connections, or that I didn't get the best price etc.  Then a man from one of our recent teams used to be a pilot, and he wanted to help.  He is getting the tickets and is setting all that up for us. So this is another blessing that has overtaken us. (The internet is also fixed)
I can't begin to say how blessed we all feel.  We are so thankful for all of His great works to His children when we call out to Him.  He hears us and He knows our name.  WE are full in everyway and it is because He takes care of all of our needs.  We had dirty clothes, but we have a soap and a place and water to wash them.  We have dirty dishes, but food was on those plates and we have a place to get them clean and we are full. I am tired of all the driving I have done this week, but I am thankful that I have transportation.   I want to always be thankful for the things that I sometimes take for granted.
I want to thank everyone who have made it possible for us to be here through your prayers and gifts and your kindness towards us.  We are blessed.
Blessings from the Fully Thankful Honduran MOM

This is a post I wrote a while back.  I couldn't get my blog to work and posted it on another blog.  I am trying to get back on my blog, but life has a way of interupting your plans.  Blessings,