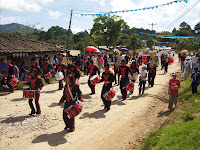 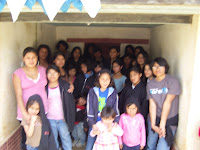 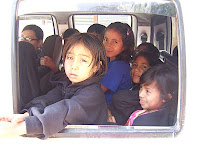 A car full of girls All our girls 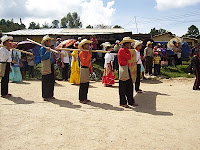 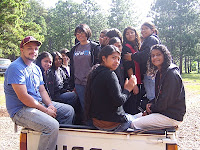 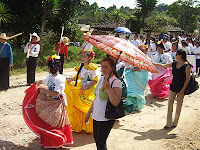 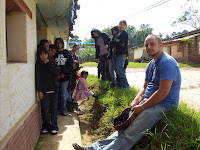 Ben and girls waiting on the parade

September the 15th is Independence Day here in Central America. Our bus wasn't working and so we all piled into the truck, 27 girls and 3 adults. I didn't think we could do it but we did. We didn't go to La Esperanza this year to watch the parades and the band competitions because it was to far to go with that many in our car.

We were blessed anyway by going to the local parade in Yamaranguila and watched their high school band perform. The kindergarteners through the 12th grade had a part in the parade. The Lenca High School Band performed for the crowds and they were so dynamic. They had a Carribean sound with a African flavor. They had the crowd fully entertained. It was so good, I found myself getting choked up a time or too. I hope to be able to upload a video. If you would like to see all the photos that I took, they are on facebook.

I was glad we went and supported our local community. It was good to see everybody that I hadn't seen in a while. I hope it gives our girls a sense of community also. Maybe next year we will work on a program that the girls from our school can do in the parade.

Blessings, the Civic Minded Honduran MOM
Posted by Honduran Home at 10:02 AM